After the activity is completed, students will be capable of:

Imagine for a moment you’re sitting at the balcony of your apartment next to a recreational park. You’re very sleepy, and take very short naps of 15 seconds. After every 15 seconds nap, you open your eyes for an instant, take a look at the park and close your eyes again for your next 15 seconds nap. Now, suppose that at the beginning of your first nap (t = 0 s), you saw a man standing right at the center of the park in front of your apartment. Next time you open your eyes, at t = 15 s, he is in a different position. At t = 30 s, he has changed position again, and at t = 45 s he’s again at a different position. When you finally wake up, you take a piece of paper and mark all the positions. Labeling each point with a letter, i.e. at t = 0 s he’s at point A, at t = 15 s he’s at B and so on. Finally connect all the points with a straight line. If you do it you might get something like Figure 1.

You might ask yourself what was happening to the man, and perhaps you could arrive to the conclusion that the man was drunk. This is a classic example of a random walk in two dimensions because the “drunk” man moved in a plane rather than a straight line. In a more rigorous definition, a walk is said to be random if the direction of each step is independent of the preceding step. For simplicity we’ll assume that the steps are of equal length. It is straightforward now to imagine random walks in one and three dimensions.

Let us focus on one-dimensional random walks. Suppose we draw a long straight line on a piece of paper and mark it with equidistant lines from -10 to 10. Now place a marker (a stone or something similar) on the center of the line ( = 0) and toss the coin. Each time you get heads (H) the marker is moved on step o the right and if its tails (T) the marker will be moved on place to the left. For example if you get H, T, H, H,… the marker will move from 0 to 1, 1 to 0, 0 to 1 and 1 to 2. If you toss the coin 10 times, your final position will be . Replace the marker to = 0 and repeat the experiment. The new final position will be. Of course  may or may not be equal to .

If the experiment is repeated many times, say 100 times, and then take the average of  (, , … ), Can you guess what value will you get? Recall that each toss of the coin is equally probable to yield H or T, therefore the final position,, … will be distributed approximately symmetrical around the origin  = 0. For this reason the value of should be close zero. In the limiting case that the experiment is repeated many times, the average should be equal to zero.

On the other hand, if you calculate instead the average of the squared values, that is, the average of , , …  then the result will not be zero since there are not any negative numbers now. It can be shown that formula is exactly equal to the number of times you toss the coin, i.e. = N (10 in our experiment). From these results we can extract two important conclusions:

1 market (a small stone could do it)

Part I: In this part we’ll investigate the first conclusion drawn from the analysis made before

3. Toss the coin, if you get heads move one step to the right, if tails move on step to

the left. Repeat until you toss the coin 10 times and record your data on the Table.

5.   Calculate the average of positions for each case

Part 2: In this part we’ll investigate the second conclusion drawn from the analysis made before. Now we will repeat the experiment 10 times, each time with different number of tosses and with the collected data, the mean squared averaged will be calculated

Artículo: Random Walks with Preferential Relocations to Places Visited in the Past and their Application to Biology 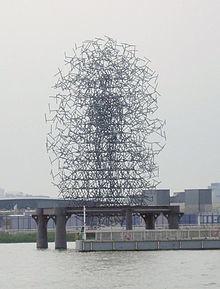 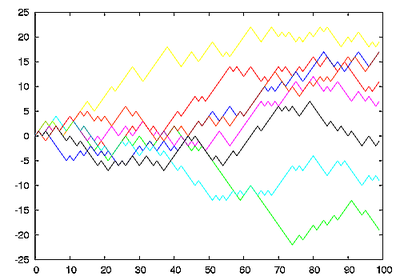 1 What likely happens each of these sequences?

2 With likely end the particle at each position?

3 What is half of the final position the value?