You have the ability to distinguish thousands of different smells. Some smells can make you hungry, while others make you gag. Sometimes a smell can bring back a distant memory. Do you know what smells are made of? Your eyes sense light, your ears sense sound waves. What is your nose sensing when it smells something?

When you smell something, your nose is sensing many different kinds of molecules. Molecules that smell tend to be small (~1 nanometer or less) and can easily become gases. These molecules can be found in nature or they can be manufactured by chemists. For instance, the molecule vanillin gives vanilla its characteristic smell. Vanillin can either be extracted from vanilla beans or it can be manufactured from coal tar.

Inside of your nose are nanoscale sensors that can detect these very small smell molecules. Cells called olfactory receptor neurons allow us to smell. “Olfactory” is a word that means related to sense of smell. Inside the cell membranes of the olfactory receptor neurons are odor receptor proteins of several different shapes. Smell molecules have shapes that fit the odor receptor proteins, much like two puzzle pieces fit together. When a molecule comes together with a protein, that protein sends a signal to the brain. 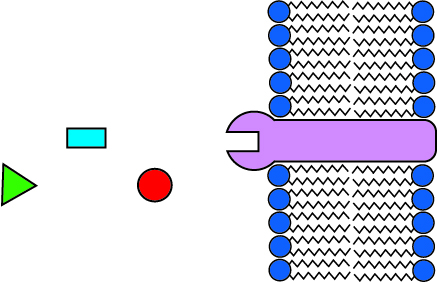 Odor receptor proteins (purple) are in the cell membranes of olfactory receptor neurons. 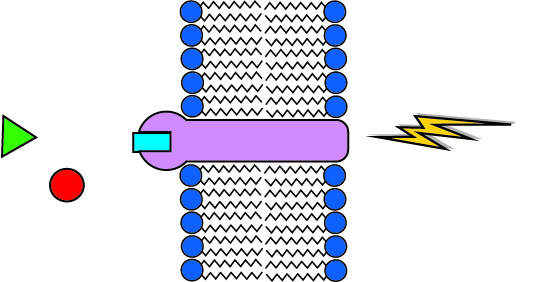 When a smell molecule fits into the odor receptor protein, it sends a signal to the brain.